360 photo video fun of parks and churches in Roseville CA

While stopping by to take more photos of a house for sale in the Junction West Neighborhood of West Roseville in preparation for placing more ads and an upcoming open house, I also enjoyed visiting H.C. Elliott Park and Bill Santucci Park, both of which are delightful places to enjoy fun outings with friends and family. Here’s a 360 photo of HC Elliott Park – though it’s my first time working with a 360 photo so I think it stays flat here. To see the full 360 photo, you SHOULD be able to go to my Facebook page – Roseville California Joys – and it will be converted to 360 photo. At the time I’m writing this, that hasn’t happened…yet…we shall see…gotta love new technology, right?….

But for sure, fairly sure anyway, (They’ve let me down before), you should be able to see it on Google – click here. And here at Roseville California Joys, you can see the way the park would look if it was one long park – so just imagine it in a circle. :).

Anyhoo, I’ve written about both these parks before before (click each of their names above to see the posts), but I have a bit more info that I thought y’all might like.

H.C. Elliott Park is a popular spot for Neighborhood Association get-togethers like the upcoming National Night Out (NNO). In fact, H.C. Elliott Park, in Woodcreek Oaks Neighborhood Association, will be “host” to the Woodcreek Oaks Neighborhood Association’s NNO this year. Movies in the Park have been held there in the past. Elliott Park, as it’s more commonly called, is located off Junction Blvd. and Cushendall Drive at 1421 Cushendall Drive, Roseville CA 95747. It has 8.7 acres and was completed in 1999. It features 2 picnic areas including covering and barbecues, along with play areas with swings (both belt and bucket) for preschool and school aged kids and grandkids, a full basketball court, soccer field, and baseball/softball field. Plus you can enjoy grass volleyball at Elliott. There are electrical outlets. And very importantly, it does have a restroom. This park is available for reserving – click here for those details.

Here’s another 360 pix – this starts in the ball field. Click the photo and it will take you to google. Click here – and you’ll see it at Roseville California Joys on Facebook. 🙂

Bill Santucci Park, more commonly known as Santucci Park, is at Fiddyment Road and Morningstar Drive – 1831 Morningstar Drive, Roseville CA 95747. Located in the Junction West neighborhood association area, it’s 12 acres and was finished in October 2005. I covered most of what it offers in “Hidden” Park In East Roseville, Bill Santucci Park and Mahaney Park in West Roseville CA. But three extra points of great interest include – it does NOT have electrical outlets and is NOT on the list for reservations but it DOES have a restroom. It is adjacent to Coyote Ridge Elementary School and very close to St Clare Catholic Church Roseville CA

as well as the apartments, Carmel At Woodcreek West.

I love that both of these parks are also near the various walking trails that grace our lovely city of Roseville CA, including one that stretches along Park Regency and beyond, just a block or two away from Elliott Park.

Handy Shopping Near Both Parks

If you’re at the park and realized you’ve forgotten something, help is easily accessible at the Brickyard Shopping Center with Bel Air, El Azteca and more stores and restaurants. It’s located at Foothills and Baseline. You’re also near the Raleys Shopping Center at Woodcreek Oaks and Pleasant Grove which also includes Subway and Coldstone. For gas stations, there’s one on Foothills and Baseline across the street from the Brickyard, as well as one in the Safeway at Blue Oaks and Woodcreek Oaks. (Always handy to know 🙂 ).

Not only that! They’ll be very close to the (hopefully) soon-to-come shopping center planned for Baseline and Fiddyment! Very nice!

Have you ever been to either of these parks? Have a fave? We’d love to know. 🙂 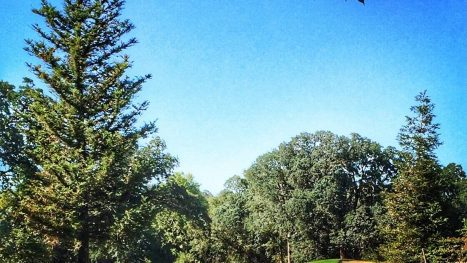 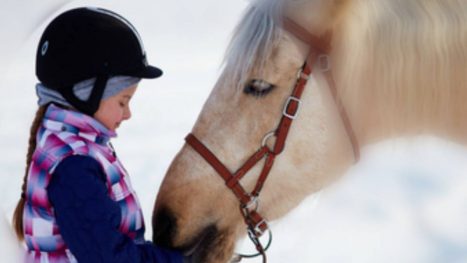 Do You Need a Service Dog?