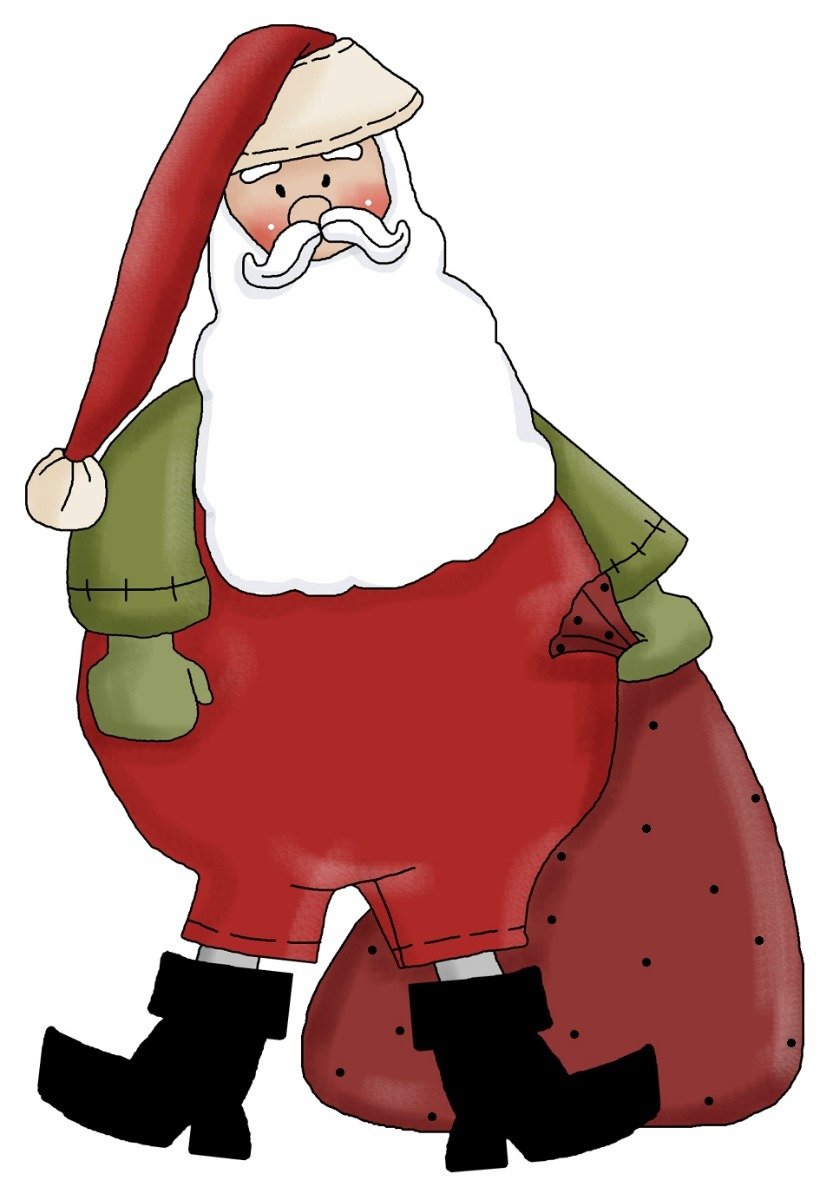 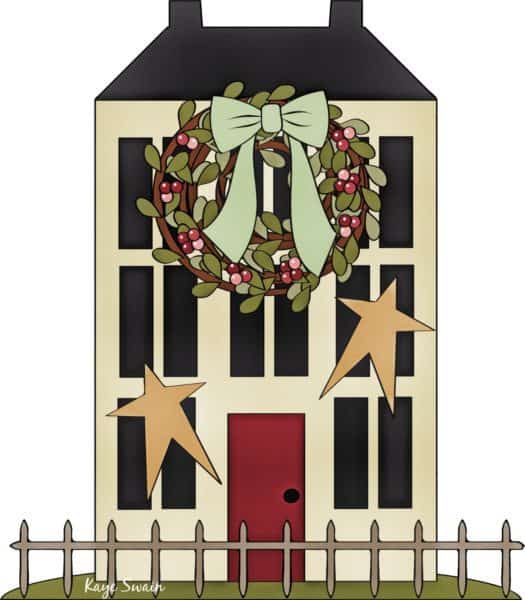 My family and I moved to Roseville CA in 1994. We bought a lovely home near Vineyard and Foothills. Back then, Roseville’s homes and stores pretty much ended around the Autumn Oaks and Foothills Tennis Court Apartments. (The Foothills Tennis Apartments are now called Allegria at Roseville. 🙂 ). Beyond those, it was mostly fields and farms and really cute critters. In fact, we could look out one of our second story windows and see cute cows! Awesome!

One night, a few days before Christmas, we heard sirens and a lot of noise. Oh My! What in the world was going on! A major accident? A big fight? We ran outside to check it out and were greeted with smiling faces, cute Christmasy outfits and a delightfully decorated truck with Santa Claus on top. Out kids were teens but they loved it as well! It was our first introduction to what we now know as the Neighborhood Santa. 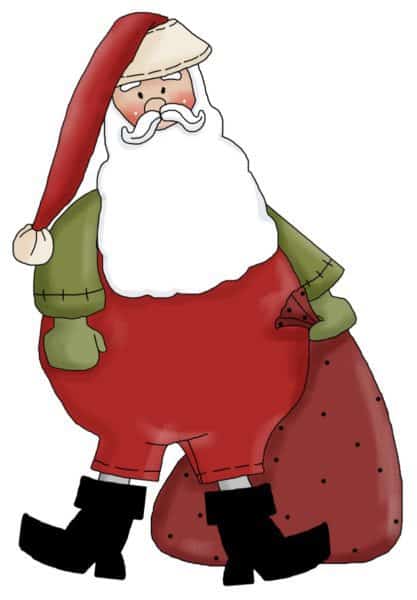 It turns out that it had only started a couple years after we moved here. It was “started in 1996 to spread holiday cheer…And it was a hit the moment we started the parade. It began at the direction of the City Council and then City Manager, Al Johnson. Roseville’s event is modeled after similar ones that once existed in Rocklin and Folsom. (We talked with those cities on how they worked and created our own event.) Roseville started with one sleigh over six nights. It quickly grew to two sleighs and 12 routes.” (Many thanks to Sean Bigley and Kathy Barsotti of the City of Roseville for that sweet history.)

Fast forward to 2016 and we have a LOT more of the City of Roseville for the Neighborhood Santa volunteers to visit! That means there are also a lot more opportunities to gather to see the Neighborhood Santa. We greatly appreciate all the volunteers who works so hard to do this for us each year. And thank you also to the City of Roseville for providing so much support including plenty of time spent scheduling all these trips to reach the most children possible. They can’t go everywhere, of course. But they do go by many of our 70+ parks as they caravan throughout the many neighborhoods.

Back in 1994, there was no internet! (Shocking, I know!) There were no posted routes, either. Maybe there was a blip in the newspaper but I never noticed it. Now, you can click here to head to my category page, Holiday and Seasonal, where you’ll find all my posts  on fun things to do in Roseville CA for holiday and seasonal fun, which will include the latest info on Neighborhood Santa as soon as I know! The most recent is always at the top. 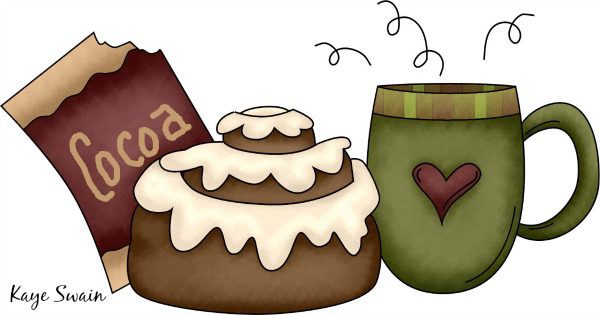 Fill a picnic basket with cups of hot chocolate, bags of Christmas cookies, and warm blankets. Grab the kids and grandkids, grab the neighbors, grab your friends and head for a park mid-route. (I wouldn’t suggest a park right where it starts. They may have that cordoned off for Santa’s secret entrance and exit. 😉 ).

Do NOT make my mistake of going by the route names and thinking it’s your neighborhood association’s name. That’s not how they named the routes. Check the route map for the actual areas. 🙂

I noticed, while looking at the map, that not all the parks’ names show. Maybe Google’s little car hasn’t made it that far yet? 🙂 So you might look closely at the streets on the route to see if you recognize where a park might be in the route you are interested in. If you know your area well and where the parks are, it’s pretty easy to figure out if it’s going by that park.

2016 & 2017 Holiday and Seasonal Fun is over but click here to head to my category page, Holiday and Seasonal, where you’ll find all my posts  on fun things to do in Roseville CA for holiday and seasonal fun – including Neighborhood Santa when the info is released! The most recent is always at the top.

December 15 is the Douglas-Darling route (the name doesn’t always show up on the list, but you can find the route on the map itself. AND HOORAY – it actually popped back up after I posted this so I snapped a quick pix and it’s right below – it’s the BLUE route. 🙂  The joys of tech! 😉 ) This route will come along Darling, around Windsor and Mayfair, turn left on 6th with a slow down/short stop at 6th and La Rosa. Then they head right on E taking them all along the Mark White Park on that side, before heading off to other neighborhoods. 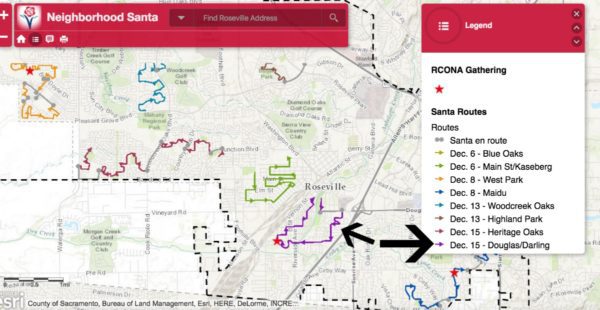 December 15 as well. This route has the name – Heritage Oaks. There is no pause or stop at Elliott Park but among other neighborhoods, Santa will go from Atwell along Cushendall beside Elliott Park from 6:30-7 – turn left on Whitstable and head back to Atwell from 7-7:30.

This route, on December 13, has the name – Woodcreek Oaks – and it looks like it goes by Robert L. Doyle Park 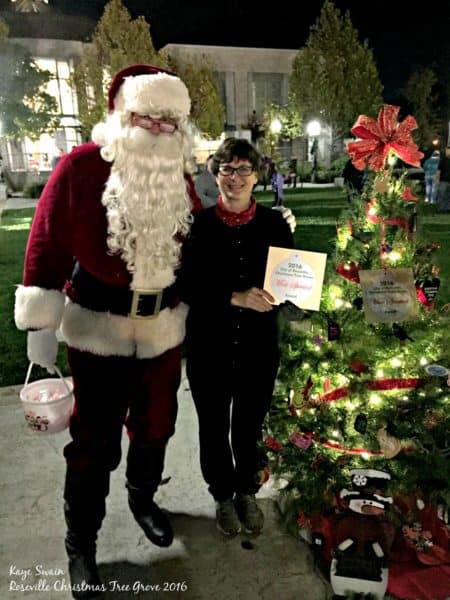 Whether you enjoy the Neighborhood Santa in front of your home or at a local park with friends, family and neighbors (or at the Roseville Downtown Square) – it’s a sweet treat, indeed. How about you? When is the first time you remember seeing this fun Roseville tradition of Neighborhood Santa? We’d love to hear – in the comments or at Facebook. And by the by, if you’d like to get a PDF copy of this for easy reference, along with other area updates, just click here. 🙂 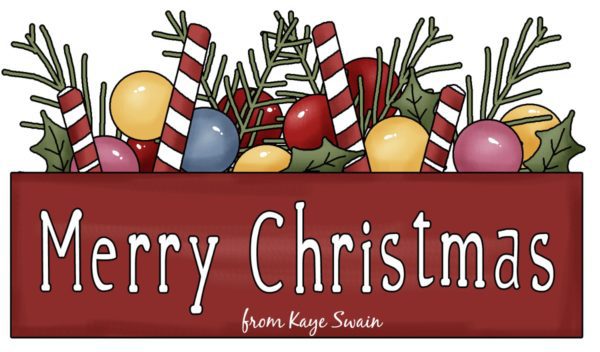 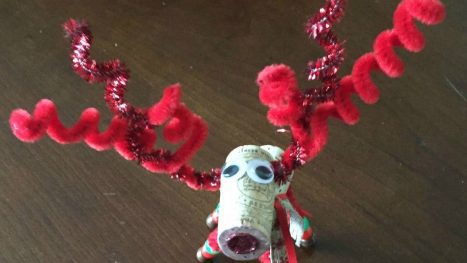 Christmas 2016 Music And Other Sweet Delights