WOW! Hard to believe, even for me. But I’ve lived in Roseville CA for over 20 years! During that time, I have enjoyed volunteering with different neighborhood associations including Cherry Glen and Woodcreek Oaks as well as their umbrella group – RCONA (The Roseville Coalition of Neighborhood Associations). I love helping others and this is a fun way to do it. I appreciate the various friends I’ve made in the process as well including Scott Alvord. Several of my friends have been volunteering in the “RCONA – Music in the Park – Living Hope TNT Fireworks Booths” (there is one at Douglas and Sunrise and another one at Fiddyment and Pleasant Grove).

I have been popping over to each periodically to take photos of the volunteers manning the booth and was happy to run into several friends in the process, including Scott and his lovely wife Karen – who are fellow grandparents. Because of a special project he took on when the Corona Virus started AND because he is up for re-election for the Roseville CA City Council, I asked him if I could interview him and he graciously accepted. 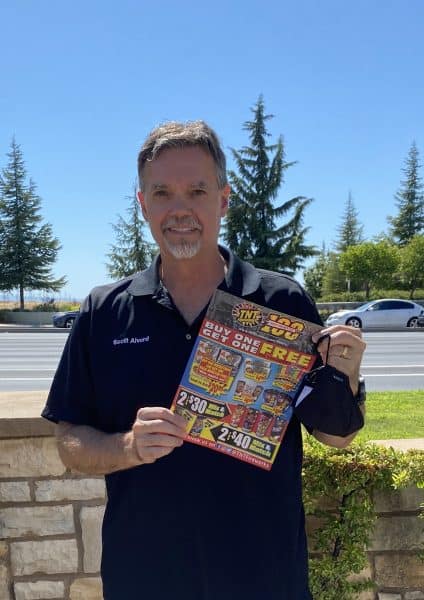 Scott Alvord  is also behind the awesome Roseville Volunteer Force that helped so many during the early days of the Coronavirus Quarantine. They set up a Facebook group where people could post if they needed hard to find items like masks, toilet paper, paper towels, wipes, hand sanitizer and more. Others in the group would see the requests and volunteer to share what they had or go out shopping to pick it up. Many of the people they helped were the elderly or those with special needs who are at special risk of catching this nasty bug. This enabled them to stay safely home and gave the volunteers a wonderful way to share care and concern with their neighbors – whether they’d ever met or not.

Would you believe – thanks to Scott and all the wonderful volunteers in the Roseville Volunteer Force, they were able to give away 7,000 face masks to a wide variety of Roseville neighbors including those at-risk, essential workers who didn’t have their own masks, and more. 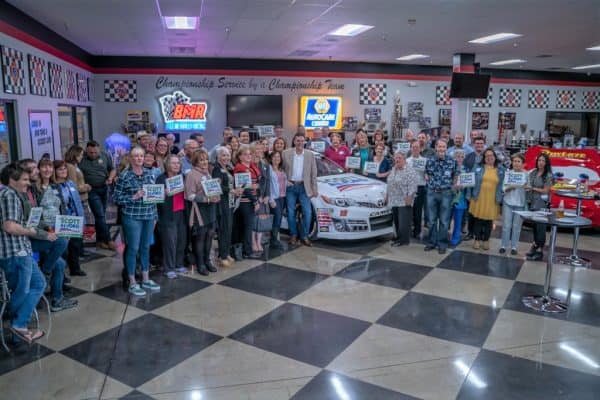 Another way that Scott Alvord enjoys helping our Roseville community is by serving on the Roseville CA City Council. He ran and won four years ago. At that time, anyone in the city could vote for him. But in 2019, Roseville chose to be proactive and made the choice to change to District-Based Elections.

The City of Roseville divided the city into five districts for this election. (In two years, after the results of the 2020 census are released, they will re-district based on that information.) Each district will vote for one City Council Member. So for this 2020 election, Scott Alvord is running for re-election in District 5. The photo above was his kick-off gathering (can you spot me in it 😉 ).

Here’s the map – which is a bit hard to read.  Looking at it – I can see SOME of the main streets that border Scott Alvord’s district including – Blue Oaks at the top (tho it jigs on the left and I’m not sure of those streets yet), Down Fiddyment, Right on Pleasant Grove to down on Country Club-ish (can’t quite tell one of the jogs) to right on Junction over to the Union Pacific RR tracks and on down to Main- then left on Main til it goes back to the end of West Roseville at about Fiddyment  – including areas with no houses yet.

(Please note: I am NOT the greatest map reader and there are almost definitely an error or 3 in the above – but you can call the City of Roseville at 916-774-5200 if you need more specific info. Or much easier – just wait for your ballot and see what it says. 😉 ) 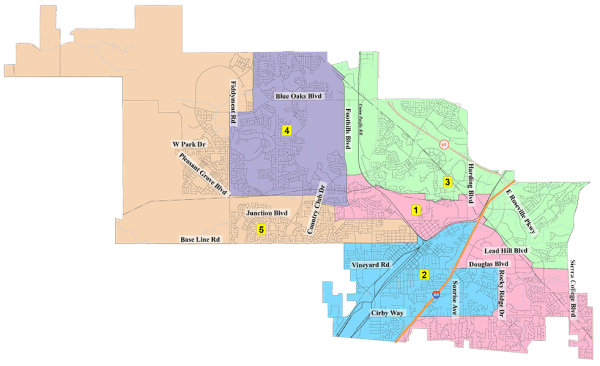 Why Did Roseville City Council Change To Districts?

Roseville reviewed what was happening after the passage of the California Voting Rights Act. They saw Citrus Heights and Davis get hit with expensive lawsuits. According to the Sacramento Bee, they did more research and realized that “In California, more than 250 public agencies, including school boards, water districts and municipalities, have stopped using at-large voting in the face of litigation” – EXPENSIVE litigation. Expensive for all of our pocketbooks if we had lost, which many of those agencies  have. Regardless of whether you agree or disagree with all this, they felt it was in the best interests of the Roseville taxpayers to adjust the City Council elections and moved forward with that.

Do you know who the Roseville City Council Members are right now?

2020 Elections in Roseville and Beyond

While we are on the topic of elections, PLEASE make sure you vote! And vote for everything on the ballot! It’s amazing how vital each of those are. Research what you don’t know. Feel free to ask others – including me. Then make your choices. I hadn’t realized how many voters only vote for one or two of the top items. Some of the smaller elections are won or lost by just a handful of votes.  Even if you hate all the candidates – look at what they stand for and their track record, pick the one with the least dings against them, in your opinion, and vote for that one. If you don’t vote – you actually do end up voting – for someone you may not want!

Since I started this article and video at a fireworks booth and today is July 4, 2020, it seems a great time to say HAPPY INDEPENDENCE DAY! Enjoy some virtual 4th fun with the City of Roseville Virtual Parade including Scott about midway (which I just discovered 😉 ) AND a wide variety of virtual fireworks, including some with patriotic music to enjoy – these are the type of fireworks my granddog wouldn’t mind. 🙂 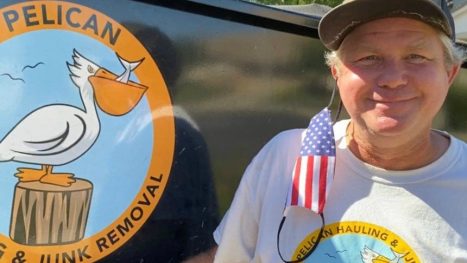 Decluttering Your Home in Roseville? Practical Resources To Help You!

Hi, and WELCOME to Roseville California Joys. I appreciate your visiting! I love to share fun holiday and seasonal happenings here, along with a sampling of the great options we enjoy in Roseville California - from parks for our kids and grandkids to lovely stores to delicious restaurants to 55+ active senior living options and so much more. And guess what, you can even get this FREE in your email. Check it out right below this!

Spot the symptoms of several tomato diseases, including early blight, late blight, and nematodes, and adopt strategies to keep your plants healthy.
View on Facebook
· Share

Home Is Where the Heart Is [INFOGRAPHIC] www.kayeswain.com/home-is-where-the-heart-is-infographic/ #realestate #kayeSwainRosevilleRealtor ... See MoreSee Less

Home Is Where the Heart Is [INFOGRAPHIC] - KAYE SWAIN

Thank you for sharing.... Some Highlights There’s no doubt about it: homeowners love their homes, and that feeling has become even more important over the past year. The vast majority of homeowners say they’re emotionally attached to their home and that it has kept them safe during the COVID-19 ...
View on Facebook
· Share

Why This Is a Great Year to Sell Your Vacation Home www.kayeswain.com/why-this-is-a-great-year-to-sell-your-vacation-home/ #realestate #kayeSwainRosevilleRealtor ... See MoreSee Less

Thank you for sharing.... As vaccines are administered and travel resumes, many of us are beginning to plan for those long-awaited vacations we missed out on over the past year. Some households are focusing their efforts on buying a vacation home rather than staying in a hotel, too. The National Ass...
View on Facebook
· Share

A good reminder - it's been and continues to be a tough month for them as well as for us! And yes, I do a lot of praying for us as well 😀 ... See MoreSee Less