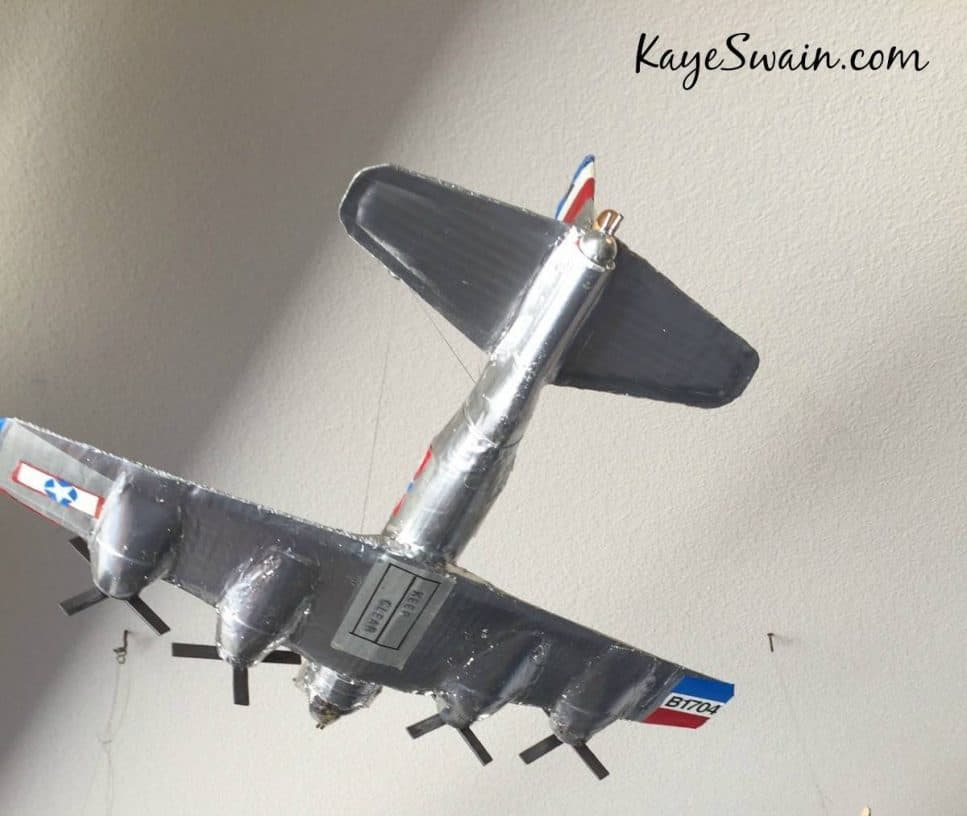 Turning Trash Into Terrific Treasures for Kids and Grandkids

I was enjoying a long walk in one of my favorite Roseville CA neighborhoods – Sun City Roseville. It was a gorgeous spring day. The birds were chirping happily. I had finished a fun call with one of my grandkids and was checking out a couple of homes for sale while snapping photos of spring flowers for one of my seasonal flower videos.

As I walked by one home with an open garage, I noticed several cool “model airplanes.”

Spotting the homeowner I said hello and complimented him on his awesome planes! He started telling me about them and I discovered they were even more intriguing than I originally thought. Turns out they weren’t your garden-variety traditional model airplanes. They were all uniquely designed and built by him from scratch – primarily using throwaway / recyclable items!!!! Talk about “going green!” He was definitely doing it with style!

Even better – you could use regular Elmer’s glue instead of the model glue that can cause a variety of health issues! I always LOVE that idea when planning craft times with my grandkids!

I had such a delightful time chatting with him about his planes, asking him questions, and taking photos. I knew I wanted to share these fun ideas with my grandkids and thought y’all might enjoy them as well.

Would you believe it! The only book he used was a photo album of the real airplanes. Beyond that, he just used whatever materials he had on hand, a few purchased items, and his own imagination and ingenuity! Some of the materials I spotted included:

In addition, he used: 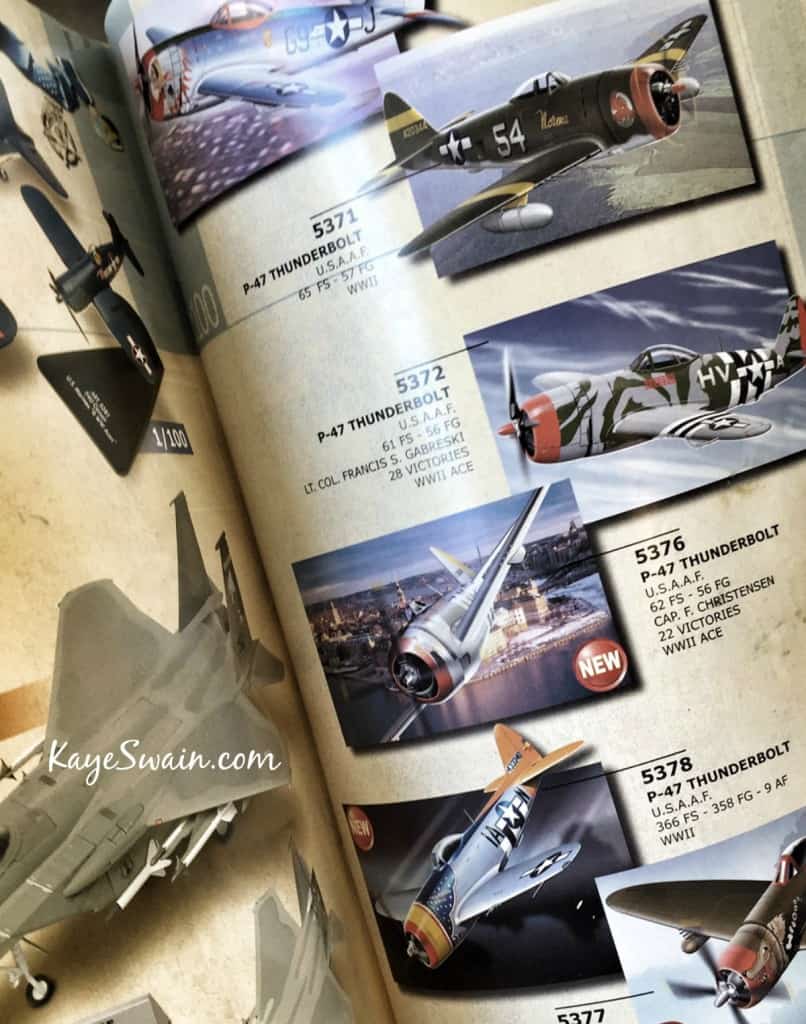 Summer Joys With Kids and Grandkids

Wouldn’t this be a fun project for summertime with your kids and grandkids? Here are some examples to help you get started: 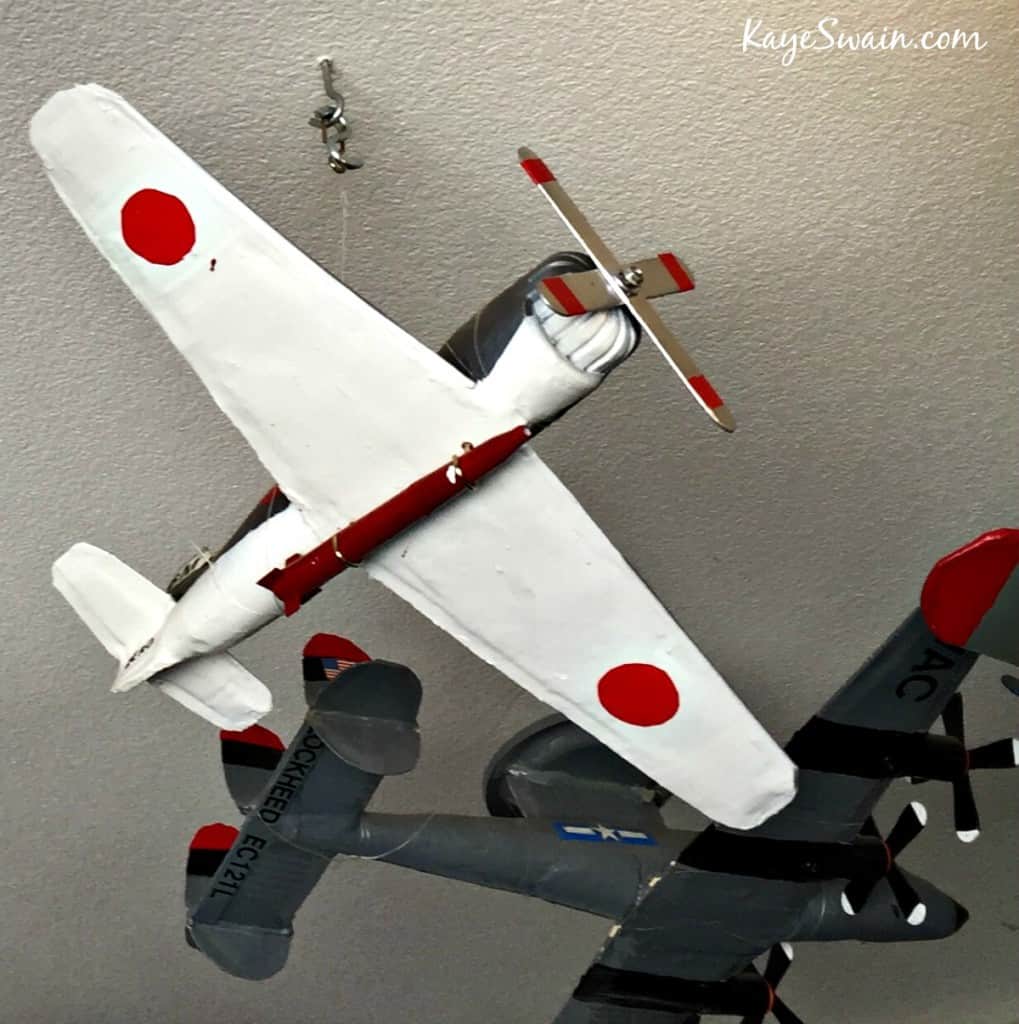 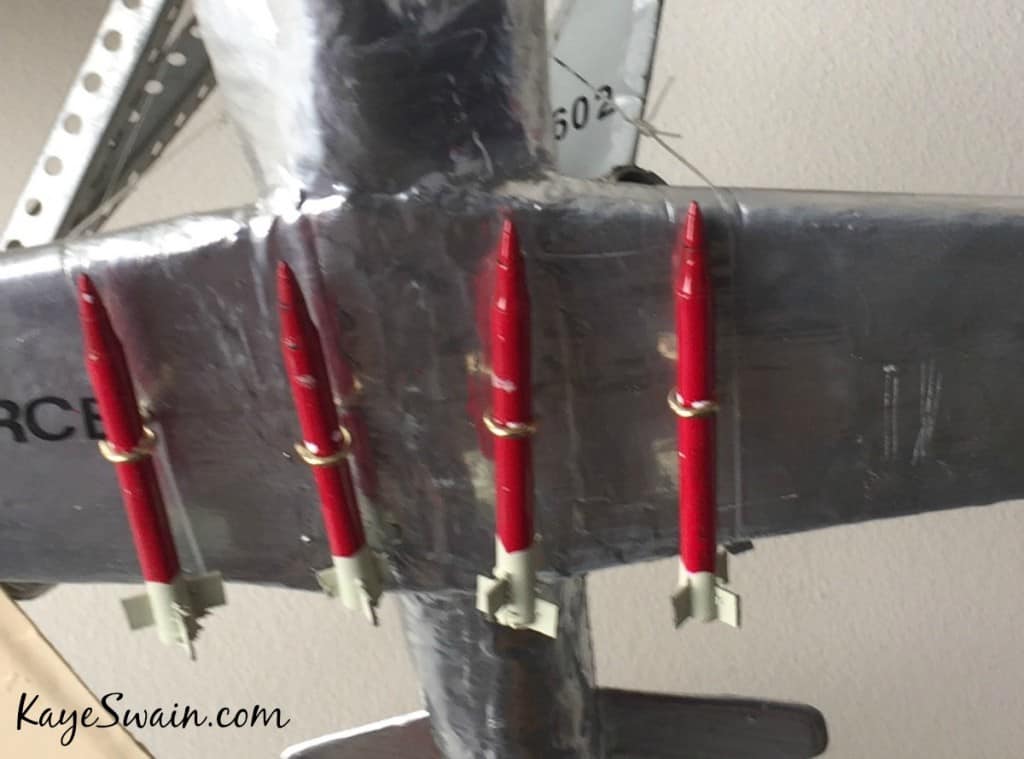 Notice the “bombs” in the photo above could be old pens or perhaps medicine droppers we often get from the pharmacy. 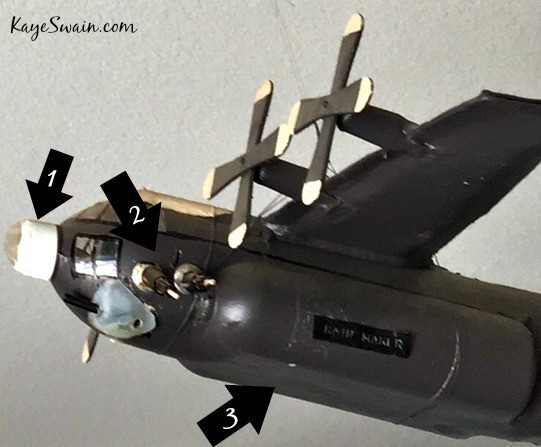 In the photo above, the numbers 1 and 2 are pointing to something like a shampoo bottle (2) and its lid (1), while 3 is pointing at a plastic bottle that is wider – like a hand soap bottle cut in half. 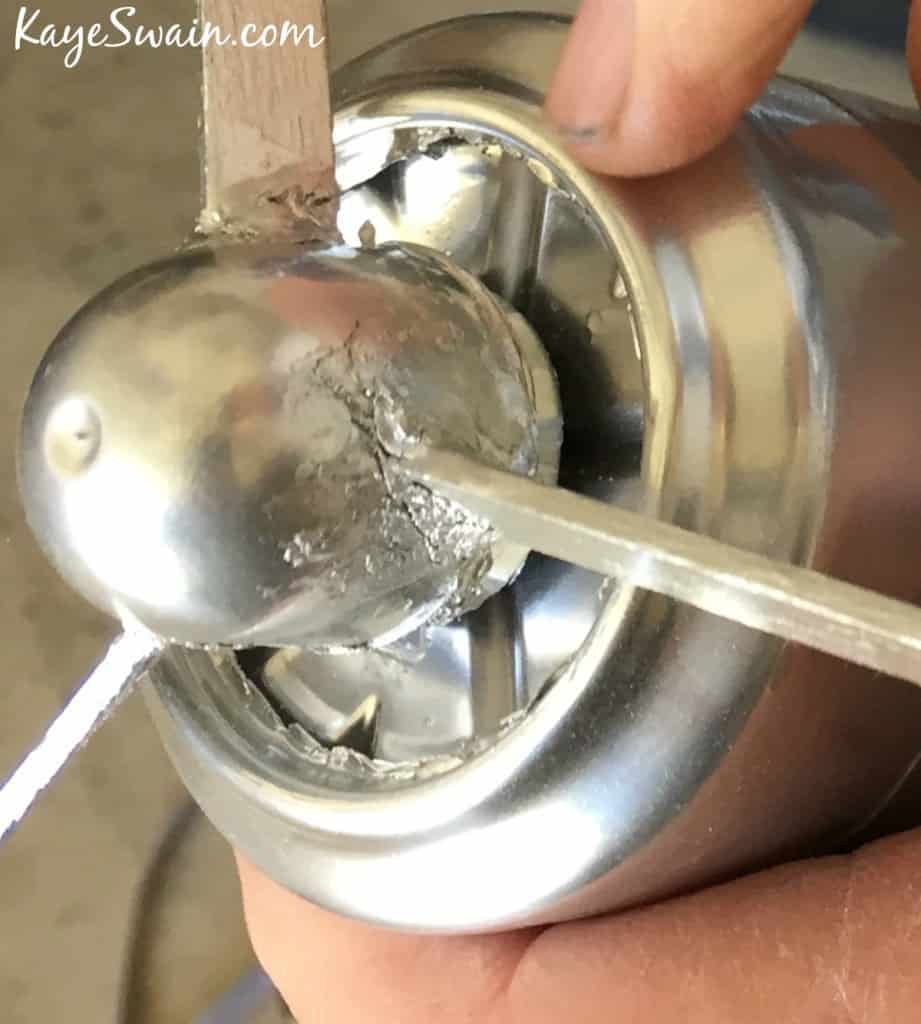 See the photo above? The propeller is sitting in what looks to be metal parts of the engine?  Turns out those metal parts came from… 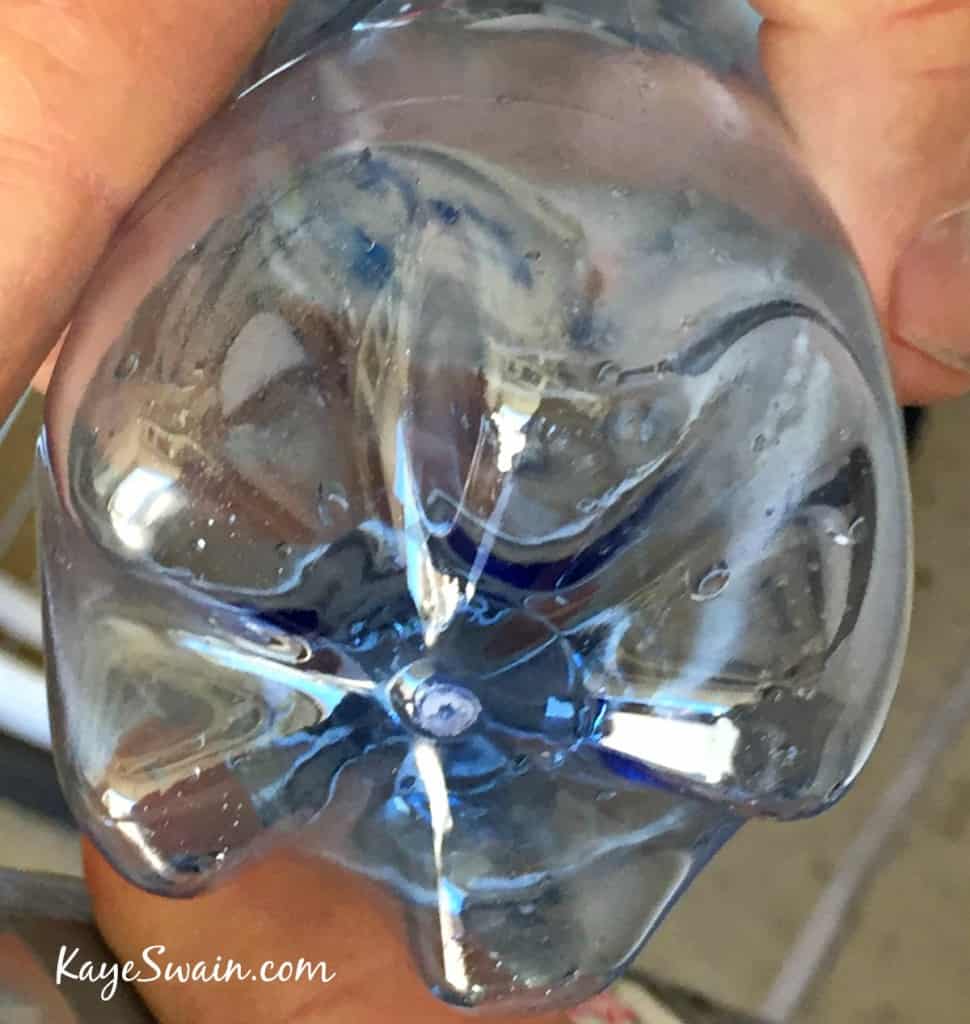 The photo above shows the beginning of the plane fuselage using soda cans duct taped together and spray pained. 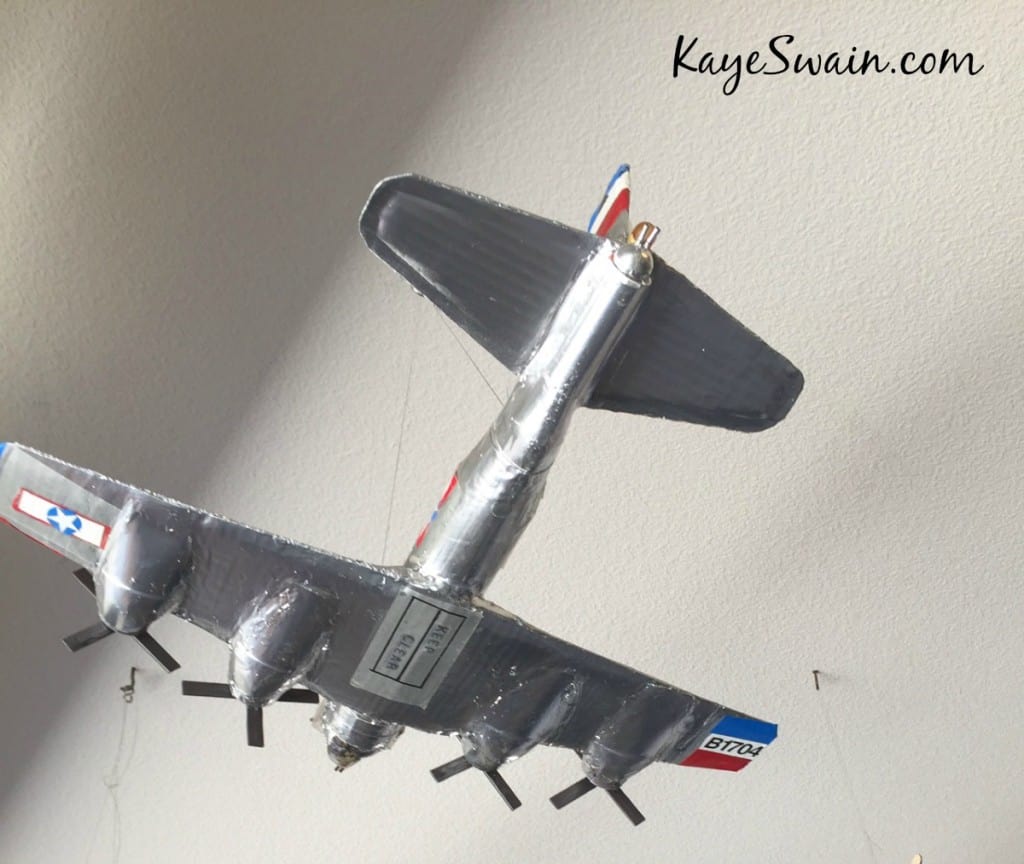 Here’s a finished plane (above) with stickers to match the picture in the model catalog. Up close, you can tell it’s probably not a plastic model but step back a bit and you’ll think, like I did, that it’s the expensive plastic models with the glue I won’t use with my grandkids. I’ll take this kind of model plane any day. How about you? 🙂

Many thanks to my sweet neighbor who told me all about it, let me take the photos and share them with you, and who has been putting these unique skills to work for some time to the great delight of many of his friends and neighbors in West Roseville CA. Definitely one of our many Roseville joys!

P.S. I don’t think the examples in the books I found are nearly as good as his, but if you’d like to have a book to help you get started, I did find a couple at Amazon. Click here to see them. 😉 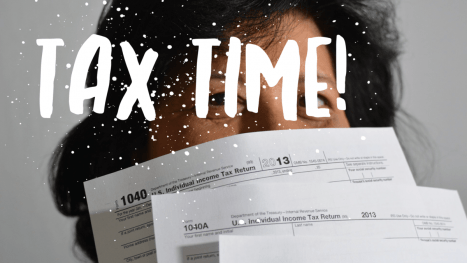 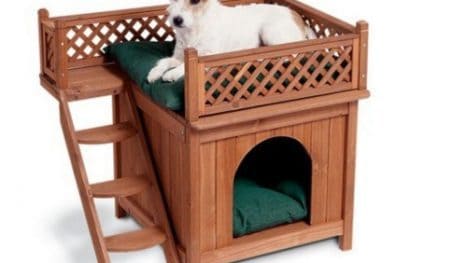 Trying to Find a Lost Pet Dog In The Roseville Area?